This is just to let you know that I have applied today to rejoin the Amazon Associates programme, which pays small commission fees to me if you click on a link to one of their products from here and then buy it. That will not apply retrospectively to old blog posts – I don’t have the time to go through them all and alter them to the special addresses they need for Amazon to track that a purchase has come via this site.

I have to make a statutory declaration about this, and have done so on my ‘About‘ page.

Ashley Cleveland by Steve White aka echobase_2000 on Flickr. Some rights reserved.

Back in July, I wrote about the controversy attending the discovery of substantial fictional elements in Tony Anthony’s book ‘Taming the Tiger’. I noted the evangelical obsession with celebrity, and the lust for dramatic conversion stories as drivers in promoting such books, with an attendant risk of pastoral damage for Christians who do not have a spectacular story to tell. I began the piece with reproducing a cartoon from Ship Of Fools when it was a print magazine, not a website. ‘Born Again Testimonies’ asked, ‘You may be, but has your TESTIMONY been born again?’

Now I’ve found an antidote in Ashley Cleveland‘s memoir, ‘Little Black Sheep‘. i have loved her music for a good twenty years. Many say she sounds like Melissa Etheridge: I say she makes Janis Joplin sound like Janet Jackson. A blues-rock singer with notes of soul, she sings with passion and honesty about faith and life. In the book, she writes with the same passion and honesty about faith and life.

Superficially, her story has elements that Christian publishers and readers love. Blaming herself as a young child for the divorce of her gay father and vain mother, she slides into multiple addictions – food, alcohol and drugs. She seeks love in all the wrong places and believes that God only wants to punish her. She has no concept of a personal, loving God – although eventually she is – if I may borrow Brennan Manning‘s word – ‘ambushed’ by God.

But hers is no quick fix fairytale of the ‘When I met Jesus, everything was happy ever after’ variety. She slides back, still fighting alcoholism while winning Grammy awards for her music. She struggles to establish a healthy  marriage. The Christian community is locally welcoming, in the non-judgemental members of her church, but the wider Christian constituency is offended when she dares to sing about sex – even as a married woman. But hers is the tale of the God who lifts her up by love every time she falls.

There is much more that I could say about the book, but what I essentially want to say in this post is that all sorts of people would profit from reading this book:

* Music fans should read it;

* Pastors should read it;

* Most of all, broken people should read it.

I’d better end this with some music:

The song which provides the title for the book:

Queen Of Soul – her take on being a woman of God:

An exhortation to others, based on her own experience:

What Not To Sing At Your Wedding 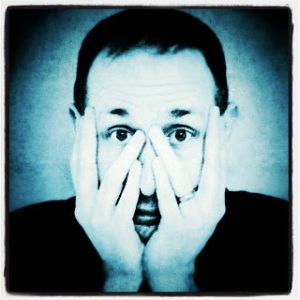 Back in November I heard a solo EP by Eric Coomer, a vocalist and keyboard player with Knapsackheroes, a Killers-like Christian band originating from Nashville. I’ve wanted to mention it here, but some technical difficulties both with our computer and with the Bandcamp site delayed it until now. Thankfully that’s all resolved now. I’ve managed to download the EP and give it a good listen.

It’s both like and unlike Coomer’s parent band. It’s like Knapsackheroes in that it is Christian but without being part of the CCM world. Coomer is the son of a pastor and leads worship at church, but this is not worship music, nor is it evangelistic. ‘New Vocabulary’ is – appropriately – lyrically deft. It’s unlike Knapsackeroes in that it’s more guitar-driven and – with the exception of ‘Let’s Drive’ – more reflective and less high-energy. There are some interesting chord changes that make this into sophisticated adult rock-pop.

I wanted to post a YouTube video of Coomer doing one of the songs, but his YouTube account mainly has either cover versions of videos of him launching his Kickstarter funding project. But I can do better than that: here is an embed of the EP:

If you like what you hear, go here and exchange a mere five Dead American Presidents for a download.

Taking my iPod for a walk the other morning after dropping the kids off at school, this great old song came on:

For one so young at the time, it was such a mature song, and I began to think about the disappointments that crush our dreams:

Parents, teachers and church leaders all encourage children, teenagers and young converts to dream big dreams. “You can change the world!” Years later, many of those former young people are sat among the shards of shattered hopes. We could live differently.

We could sing the cynical words of ‘Always look on the  bright side of life’, – you know, ‘Life’s a pice of sh*t when you look at it’ – as the best an atheist, nihilist world can offer.

But I can’t accept that. Wouldn’t it be better to live with that Christian balance of Cross and Resurrection? The disciples thought their dreams had been destroyed at Calvary. ‘We had hoped he would be the one to redeem Israel,’ said one on the Emmaus Road. The discovery of an empty tomb and witnessing the One who blessed and broke bread changed everything.

A sermon I preached about three years ago and which you can find here on this blog was built on some personal experience of walking through such dashed dreams and darkened hopes. It was based on the last verse of 1 Corinthians 15, Paul’s great chapter about the Resurrection. His conclusion is not to sit tight and look forward to heaven, but to keep on striving, because ‘in the Lord your labour is not in vain.’ The God who will make all things new – even new heavens and a new earth – will make something good out of broken dreams.

Perhaps we can therefore encourage young people to dream differently. Dream on; dream about God’s kingdom purposes, which cannot be thwarted, even if he takes us on a detour to get there.

The Demise Of HMV

Music and entertainment retailer HMV has called in the administrators. The recession, the failure to adapt sufficiently to the digital revolution and so on, after they spent years raking in cash on over-priced CDs, have made this inevitable. Over four thousand jobs are at risk, thanks to what one analyst in the BBC coverage to which I linked calls a ‘structural failure’. They made little tweaks, giving more prominence to DVDs, computer games and MP3 accessories, but tweaks weren’t enough. A revolution was needed, and it never came. The parallels for the Christian Church are obvious. Many a time have I quoted the Seven Last Words Of A Dying Church: “But we’ve always done it this way.” 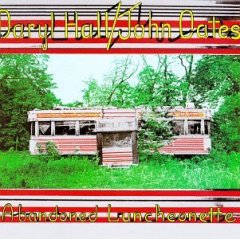 But I watch the collapse of HMV with genuine sadness. A part of my youth and young adulthood is disappearing. As a teenager, I used to take the bus up to central London, to their huge store in Oxford Street. I would go there with my best friend during the school holidays. We would go up to the singles counter and think of all sorts of old records to request. In those long-before-the-Internet days, it was one place where I could buy something relatively obscure. So when I was first stunned by hearing the long version of ‘She’s Gone’ by an unheard-of American duo called Daryl Hall and John Oates, it was to HMV Oxford Street that I went to buy the album which contained it, ‘Abandoned Luncheonette‘ (still a great album, BTW). But as supermarkets have invaded the space and only sold high volume titles at big discounts, the joy of rummaging around the back catalogue disappeared from HMV shops. When they were available – such as when I started buying CDs by new country artists such as Mary-Chapin Carpenter and Lyle Lovett in the early 1990s – the prices were so high as to need a mortgage. It was a good job I was a single man way back then.

Now, at least part of the Internet supports the ‘long tail’ theory and I can get old titles on Amazon or iTunes.  But the rise of digital and the idea that ‘there is no real future for physical retail in the music sector’, as that analyst puts it, leaves me sad. Yes, I do sometimes download, but another part of my youth was as a hi-fi fan, and you can’t tell me that compressed, lossy files match up to what you can hear on a high quality sound system.

I don’t suppose anything more than an Oxford Street rump will survive the attentions of Deloitte, if anything. I will miss you, HMV.

What Unites The Church? Martyrdom And Sacrifice

So often different parties in the church are at war with each other. Just like Jesus wanted. Not.

But here is a music project that links Catholics, Evangelicals and more Liberal/middle of the road Christians. It’s The Martyrs Project. The Catholic website Salt And Light Radio is featuring the video for their song about Oscar Romero. You can read more there about who is involved. It includes some of my favourite Christian musicians.

Alternatively, below is (just) the Romero video:

How To Write An Awful Worship Song

Stephen Altrogge has Seven ways to write an awful worship song. It’s funny in places, but also rather too close to the truth. Principle #1 put me in mind of all the ‘Jesus is my boyfriend’ songs. #2 made me think about ‘the dove from above‘ in Reeves and Mortimer‘s ‘Shooting Stars‘. The ‘poetry’ of #5 reminded me of that strange mixed metaphor in ‘I could sing of your love for ever‘ – ‘Over the mountains and the sea, your river runs with love for me.’ (Ever seen a river run over the sea?) As for #7, I thought about the old story Murray Watts used to tell about people saying to him, ‘The Lord has given me a poem.’ It was usually turgid. Watts would tear up the poem, saying, ‘The Lord giveth, the Lord taketh away, blessed be the name of the Lord.’

What would you nominate as an awful worship song, and why? (Don’t be nasty.)

How can we improve?

Co-operative Funeralcare have released another survey of the most popular music chosen at funerals they conducted – although like the old ‘chart return’ shops for the Top 40, they only surveyed 250 of their 900 branches. Aside from the headlines about the dreadful ‘My Way’, the banning of ‘Imagine’ (quite right, too!) and ‘Abide With Me’ now being the most popular hymn, I just want to know this:

Who chose the clock from Countdown to be played at the committal?

I came across this TED Talk by Benjamin Zander via Nancy Duarte‘s book ‘Resonate‘. Zander, an orchestral conductor, has a big vision for leadership that he doesn’t doubt. He wants everyone to love classical music. And he knows he is doing his job when the eyes of his people are shining. Quite a challenge for any leader.