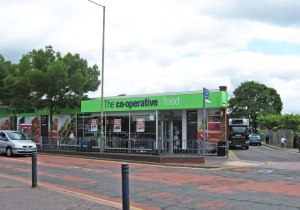 Whenever we go into our local Co-Op, it has no facility to put anything high up on an aisle. That includes the magazines. My eight-year-old daughter and seven-year-old son are confronted almost at their eye level by the despicable excuse for journalism that is known as ‘lads’ mags’ – Nuts, Zoo and their ilk. Why they should face this message that the way for a woman to attract men is to strip off is beyond me. I really should speak to the manager of the store.

So while I’m not the biggest fan of e-petitions to Government, here’s one I want to support and have signed. It is a campaign to make ‘modesty wraps’ a legal requirement. That is, something should be wrapped around these magazines and other worse titles so that people are not assaulted by these images. We’re not going to get these trashy comics banned, but this might be the next best thing.

Sign the petition here. Follow the founder of the campaign on Google+ here. Join the Facebook group  here. From the Facebook group I have learned that the issue started with another Co-Op store, and it seems to be a particular issue with this company that makes such big noises about its ethical stances. They say they are ‘good for everyone’: let’s see whether they mean it. I hope they do.

There is an excellent blog post here on the subject.

Please sign the petition. Please make it known. Please encourage others to support the campaign.