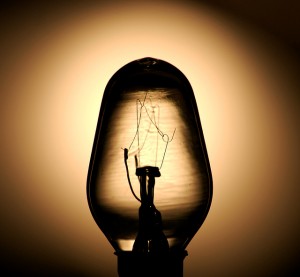 Light Bulb by JohnPoulos on Flickr. Some rights reserved.

How many Christians does it take to screw in a light bulb?
Three, but they are really one.

How many agnostics does it take to screw in a light bulb?
Agnostics question the existence of the light bulb.

How many fundamentalists does it take to screw in a light bulb?
THE BIBLE * DOES * NOT * SAY * ANYTHING * ABOUT LIGHT BULBS![1]

And finally … how many Methodists does it take to screw in a light bulb?
Change? What’s this word ‘change’?

Change is what our Bible readings these last three Sundays have been making us think about. Peter the Jewish apostle had to contemplate change in order to take the message of Jesus to Cornelius the Roman centurion. Cornelius had to consider change, because although he was a good man who believed in God, he needed more. Now, after Peter’s visit to Cornelius, where God has brought about dramatic change by the Holy Spirit, he is interrogated in Jerusalem who have heard about the incident on the grapevine and don’t like it:

‘You went into the house of uncircumcised men and ate with them.’ (Verse 3)

So what if you’re like these people, not involved in the big change at the time but coming to it second hand at a later date? What if, like these people, you are among those who has to consider whether a change is good or not? How do you judge it? What if your minister or your Church Council say to the congregation, “Such-and-such is the way we should go,” but it all sounds rather flaky to you. What would a good response look like?

After all, it’s easy to judge a proposed change based on your instinctive temperament. You may have heard it said that when a group of people is faced with a proposal for change, they fall roughly into four groups:

The traditionalists are rather like the Anglican church warden who had been in office for forty years when the bishop met him one day on a visit to the church.

The bishop said, “You must have seen a lot of changes here during your forty years.”

“Yes,” replied the church warden, “and I’ve opposed every one of them!”

So, then, if you are not the first to hear the news, how do you respond toproposed change? The first constructive thing the Jerusalem disciples did was to listen.

I get the impression that when they say to Peter, ‘You went into the house of uncircumcised men and ate with them,’ it’s a rather hostile, aggressive, accusing question. I say that because Peter’s speech in response exhibits all the classic signs of an ancient defence speech. He quotes the testimony of witnesses, the evidence of signs, and concludes with a rhetorical question.[2]

But to their credit, ‘the circumcised believers’ (verse 2, as Luke describes them) do not interrupt or hassle Peter. They listen carefully to his speech. We can be grateful that for all their initial antagonism, they are not the sort of people we sometimes find in our churches and in the wider world whose motto could be, ‘I’ve made my mind up, so don’t confuse me with the facts.’ You know the sort of person who only listens to a contrary view with the greatest of reluctance. Perhaps they are actually afraid that if they listen, the truth will persuade them they are wrong and they will have to change when that is the last thing they want to do.

Not the Jerusalem disciples, though. Sceptical they may be, but their actions show they want to go in the direction of God’s truth. And since a major part of that discernment process will be to detect where God is already at work, they devote themselves to listening to Peter.

So how good are we at listening to others in order to perceive the work of God? It requires above all that we have a heart and mind that is committed to finding the will of God and following it. Sadly, there are people in our churches who are too embedded to the traditions they love that they will not take the holy risk of listening. I suggest that such people probably love their traditions more than they love God.

Or there are those of us who prefer the sound of our own voices to those of others. We have an inbuilt pride that assumes God is more likely to speak through us than through other Christians, and so we don’t invest time and energy in listening to others.

Rather, listening is an act that honours other people. What they claim to be an account of God at work is worthy of our attention. We grant them dignity is people made in the image of God and called to be servants of God by giving them our time and concentration. 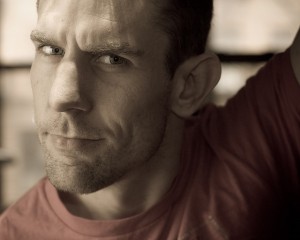 Critiquing Eyes by David Goehring on Flickr. Some rights reserved.

Note that in all this I am not saying that listening should be naïve and uncritical. It certainly should not be the kind of exercise where we absorb everything that is said without filtering it. That is why the second element of responding toproposed change is to discern.

Here’s where I see discernment going on in the story. Peter does something very modest in his speech. He omits all reference to the sermon he preached – he is not claiming that the conversion of the Gentiles is his work. Instead, as he prepares to tell his listeners about how the Holy Spirit fell upon Cornelius and his household, he substitutes for his sermon the words of Jesus:

Now these words of Jesus were originally aimed at his disciples, not later Gentiles, but Peter clearly sees an applicable parallel. He knows how the words were fulfilled at Pentecost, and he has just seen something similar at Caesarea. The words of Jesus are an appropriate interpretation of the recent ground-breaking events he has witnessed.

What does this have to do with discernment? These words of Jesus, taken by Peter to support a valid interpretation of the spiritual experience in question, are the decisive matter for ‘the circumcised believers’. Now they know that what they are hearing about from the apostle fits within the grand sweep of God’s purposes, because they fulfil a great biblical theme. Later in Acts the believers in the town of Berea will test what they encounter against the Scriptures, so here the listeners don’t even have to search the Scriptures themselves, a relevant one is given to them on a plate by Peter. Not only that, it fulfils ancient prophecies in which Israel is called to be a light to the nations. The call that Jonah ran away from is embraced here.

The test of discernment, then, is whether what they hear in their concentrated listening constitutes something that is in harmony with the great purposes of the God who sent his Son and later sent his Spirit.

We, too, would do well to engage in a similar approach to discernment. If something is being proposed, it will not be something with a proof text we can find in the Bible – and let’s remember how the various disciples in Acts underwent vastly different fates. Some survived and were honoured; others suffered; still others were martyred. So with varying destinies in this life, we can hardly take the proof text approach.

But what we can do is ask whether what is being proposed fits harmoniously in with what we know of God’s great story, his grand narrative of salvation. Does the proposal honour Jesus Christ? These should be the ways in which we discerningly evaluate whether to accept the suggested change. What we should not do is merely evaluate according to our own tastes and preferences.

Praise God by Tim Shields on Flickr. Some rights reserved.

Finally, there is a third characteristic of responding to calls for change, but it is one that only comes into play if the first two stages – the listening and the discerning – have been passed positively. If the proposal has been filtered out by those two, then what I am about to talk about does not apply. So – if the proposal for change has met the tests, this third element is praise. Hear the final verse of the reading again:

When they heard this, they had no further objections and praised God, saying, ‘So then, even to Gentiles God has granted repentance that leads to life.’ (Verse 18)

What a transformation this is for the Jerusalem disciples, who began this dialogue with a sceptical, even hostile question. The aggression has gone, and now we have worship. Division has been averted, and we have a heightened sense of unity among the believers. There is a great opportunity now for the early church to take giant strides forward, not only with those who could have been at odds united, but also with an expansion to include the Gentiles.

Nothing energises the Church of Jesus Christ like a united sense of joy in his purposes, and delight in the God who calls us to be his worshippers, disciples, and witnesses. Holding onto what we’ve got because we feel the need always to defend the old ways will not lead us into joy and praise, because it will only inculcate in us a grim defensiveness like Canute vainly telling the waves to retreat. And changing just for the sake of change will not lead us to deeper and truer praise, either, because all that will do is make us into flaky fly-by-night characters.

No: true praise bursts out from among us when we detect God taking us back in a fresh way to his ancient plans and purposes. Praise comes when we sense that God is doing something new among us, something new that is yet also compatible with all he has revealed about himself in the past.

What is our corporate voice as a church? Is it one of joy and praise, because we are committed to going forward in the purposes of God? Or do we have an uncertain voice, because we have not made up our minds whether we are serious about following God’s will rather than our own self-indulgences? Or is there a heaviness among us, because we fill our time with criticising one another or taking pot-shots at all our petty hates?

Or do we have a heart as big as the world, a heart that therefore embraces God’s love for all creation, where he longs to do his transforming work, and to which end he desires to change us first so that we might be suitable vessels for his purposes?

[1] The first three light bulb jokes are taken from http://txipl.org/lightbulbjokes

[2] Ben Witherington III, The Acts Of The Apostles: A Socio-Rhetorical Commentary, p363.