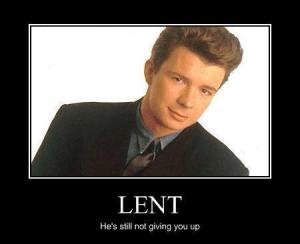 USA Today reports on an initiative called ‘Ashes To Go‘ in which Episcopalian priests are today offering the traditional Ash Wednesday imposition of ashes out on the streets for people in a rush, the same clientele who grab breakfast to go in their daily beat-the-clock dash to work. (According to the article, Roman Catholics officially disapprove, since it should take place within a proper church service of repentance.)

According to the Ashes To Go site,

“Ashes to Go” is about bringing spirit, belief, and belonging out from behind church doors, and into the places where we go every day.  It’s a simple event with deep meaning, drawing on centuries of tradition and worship to provide a contemporary moment of grace.

I have found an ashing service powerful in the past, but I’d never thought of taking it to the streets. Specifically, I have noticed that it has not been the ‘traditional’ Methodists who have appreciated ashing, but the more charismatic Methodists. This may seem surprising that such a liturgical act might appeal to those who are regarded as being ambivalent to overt form and structure, but I think the connection is found in the sensory experience.

For me, to receive the imposition of ashes and then to share it with others is moving to the point of being emotionally troubling. That is not a criticism, as I hope you will see as I explain. I deal in the currency of death through ministry, offering comfort to the bereaved and celebrating lives well lived. That makes the connection graphic, especially last week when twice I buried the ashes of someone whose funeral I had taken a few weeks previously. As I watched the crematorium attendant release the lever on the urn and witnessed the ashes pouring down into an empty cube of soil, I wondered what the grieving families were thinking. Were these ashes really a beloved husband or father? What will I think when it is the cremated body of one of my parents?

Not only that, five years ago I had a cancer scare. It was a false alarm. A routine medical found blood in my urine, and I was referred urgently for urology tests. Nothing sinister was discovered. The doctors assumed I had either had an infection or was under stress. (I think it was the latter.) Ever since that episode, my inflamed imagination has wrongly interpreted every bump as a carcinogenic intruder. Silly, I know, but true. I live thinking almost daily of death, and whether I am ready to meet Christ. In moments of spiritual fever, I think more about my sins than God’s grace.

All of which brings me to an excellent editorial in today’s Guardian. It tracks changing attitudes to death in connection with Ash Wednesday. To quote a chunk of it:

These days, if we are asked how we want to die, we generally say that we want it to happen quickly, painlessly and preferably in our sleep. In other words, we don’t want dying to become something we experience as a part of life. This would have made little sense to generations past. For centuries, what was feared most was “dying unprepared”. Death was an opportunity to put things right. To say the things that had been left unsaid: “Sorry”, “I was wrong”, “I always loved you”. We used to die surrounded by our extended family. Now we die surrounded by technology, with a belief in medical science often replacing the traditional puzzle of human existence.

Ash Wednesday inculcates that idea of being prepared for death. The putting right of relationships, the readiness to meet our Maker, and so on. And if that’s the case, then maybe there is a missional application for the imposition of ashes. Perhaps those Episcopalian priests in the States today are doing something significant. When someone asks the ultimate questions about life, death and meaning, it’s not surprising when God comes into the thinking. Ministers will identify that at the other end of life’s spectrum when a couple have their first baby. Facing death in all its reality rather than the saccharine illusion so regularly trumpeted today could well mean a gospel encounter. I am sure earlier generations understood that better than we do, where death is on the NHS.

Yes, dust we are and to dust we shall return. But one day our mortal bodies will be reanimated by the Holy Spirit in resurrection.